History of the Marion Street Building

While the main emphasis of the work and ministry of the church at Marion Street is certainly not centered on our building, many people have expressed an interest in the historical background of the building that is used by the church. The building certainly does have an interesting and varied history, and the following information will be useful to history buffs. The Marion Street building is the second-oldest church building standing in the state of Alabama. 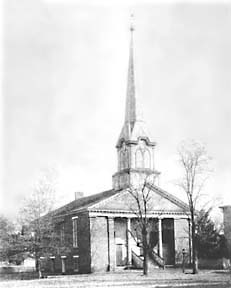 The building was originally constructed in 1836 by the First United Methodist Church of Athens, Alabama. The building was designed in the architectural style that was quite popular in the early nineteenth century South and was the most imposing structure in the newly incorporated town. The two-story brick structure has no steel reinforcements, consequently the walls are nearly eighteen inches thick at ground level. A massive steeple was visible anywhere in town, and no doubt the building was a source of great pride to the local citizens.

The Methodist Church remodeled the building at the turn of the 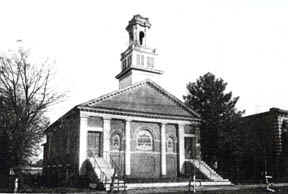 century. Some local sources have stated that the steeple was lost to fire or weather, others have said that it was replaced due to architectural reasons, but for whatever reason the steeple was replaced by a federal style copula. The front facade was renovated and the front entrances were changed from a single staircase to two matching exterior stairs. 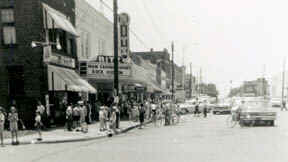 In 1929, the building changed hands and a local family converted the building into a movie theater. The building was extended about forty feet to the rear, the second story floor was removed, and a false front complete with marquee was added to the building, thus beginning its long history as the Ritz Theater. A balcony was designated as seats for the black patrons of the theater, while the rest of the moviegoers enjoyed theater seating on the ground floor. An apartment above the marquee was home for the projectionist, and the town’s history is embellished with many stories of dubious conduct by some citizens of the three generations of Athenians who patronized the theater. One story is related of a particular individual who was displeased with the performance of a certain cowboy hero on the silver screen, so the patron promptly drew a .22 revolver and ventilated the screen. However, most of the history of the theater was much more benign, and many Saturdays were passed by citizens who enjoyed the matinees.

In 1970, the Gilbert family bought the building and renovated it for use

in the family furniture business. When the front movie facade was removed, the Gilberts were delighted to find that the 1900 facade was still largely intact. Consequently, the front of the building in its new life as a furniture store looked much as it did before it was converted to a theater. The second floor was replaced, and the coved plaster ceilings were left intact.

In 1990, the group of christians that now call Marion Street home was 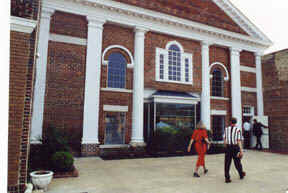 looking for a permanent place for worship. The building was purchased from the Gilberts, and the members renovated the building so it could be used as a place of assembly. The building was once again in use as a church building 154 years after it was originally constructed. The Marion Street members initially used only the bottom floor for assembly and classroom facilities. Visible in this photo is the showroom window that remained from the Gilbert’s furniture store renovation.

Due to growth of the Marion Street church, in 1996 the process of 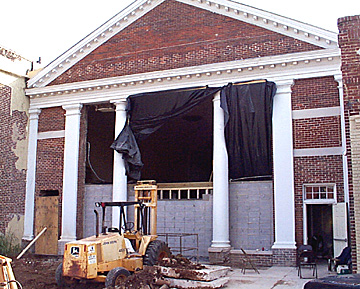 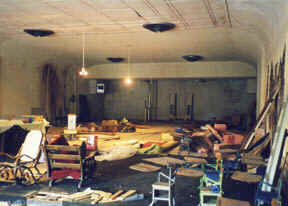 phase. However, the original coved ceiling from the Methodist and movie theater days is intact. The break in ceiling texture shows where the old Methodist building ended and the movie addition began. The large air vents in the ceiling date from the time when the theater was originally air conditioned and they were retained during the latest restoration.

The architectural intent of the renovation/restoration was to restore 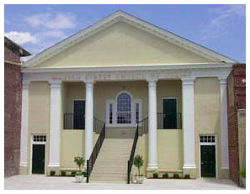 the facade of the building as closely as possible to the appearance of the original 1836 building. While this was not completely possible due to the second floor being at a different elevation than originally, and the replacement of the steeple was not considered, overall the restoration reveals the original theme of the 1836 building. It was an extremely fortuitous turn of fate that the old 1900 facade was not destroyed during the building’s remodeling as a movie theater, and also that the Gilberts had an interest in retaining as much of the old building as possible during their remodeling efforts. This church building has been blessed with owners that have had an interest in retaining its historical value and now all who share in the love of old structures can enjoy its appearance.

Marion Street is not about the building in which we gather around the Lord’s Table each Sunday. The church is instead about saved souls who are assured of a home in heaven. Our building, however, continues to be one of the oldest structures in the historical town of Athens, and as such, commands a great deal of interest of many of the citizens of our community.